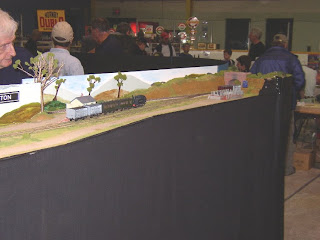 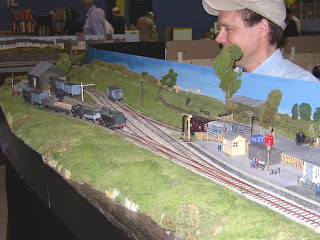 S&D "Jinty"leans into a curve 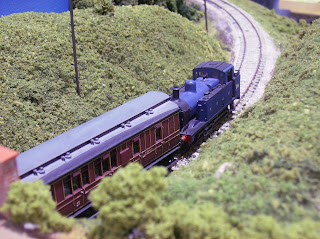 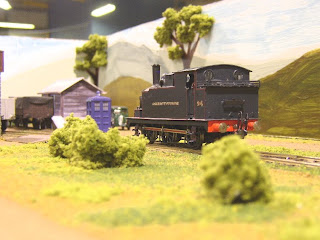 Views of the exhibition hall: 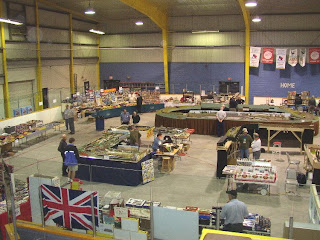 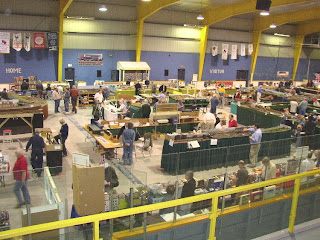 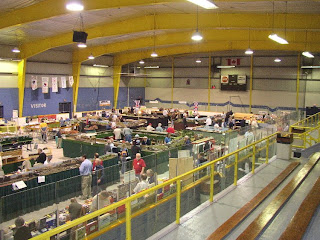 Last weekend, the 26th and 27th of April, was the big event of the year for British outline modellers in Canada; The Great British Train Show put on by the Platelayers Society was held in Brampton, Ontario. It is, to the best of my knowledge, the only all British railway show in North America. There were 52 exhibits including 22 layouts, 23 traders, 4 clinics and 3 miscellaneous displays. Included among the layouts was one P4 example "Nether Upton and Upper Leaside Light Railway"  built by Mark Stapleton and David Knight. Other S4 soc members present were Dr Tom Kidd and Phil Insull who helped with the layout operation and Graham Evans, new to the Society who joined us for a chat. Some pictures of the show in general and the P4 layout in particular are to be found above. The next GBTS will be in 2010, last weekend in April.
Posted by David Knight at 12:25 am