Our meeting on the 20th March was again well attended with 12 members present.

There were the usual wide range of topics under discussion. But as promised in the last update I would include some photographs of visiting locomotives of which there were several. 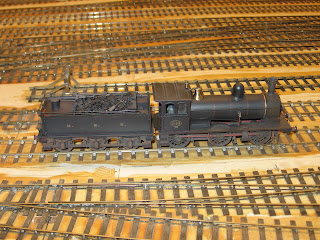 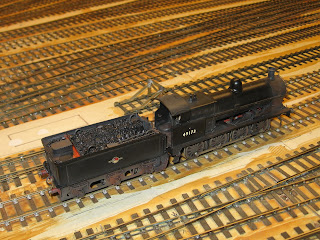 John James bought a wonderful LNWR Super D - such a perfect engine for Preston and I was able to fully appreciate the detail having had a run behind 49395 at the West somerset Steam Gala the week before!

Arthur Kimber showed us his progress on two etched locomotives he has been designing; 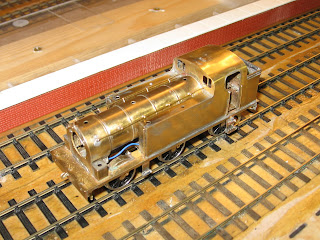 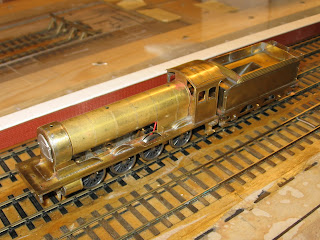 
The next meeting is Thursday 17th April, please contact Mike Norris (details on blue sheet), if you require more information and the meeting is a talk by Terry Tracey on 'Allhallows' a Kent SR station and model.
Posted by Mike Norris at 9:27 pm