On the 9th April we had the usual run and natter meeting, this time I took the camera to the meeting and have a number of photographs to post. The meeting was well attended with 10 members present Martin Walmsley brought along a number of interesting locomotives shown below, some very local to Preston: 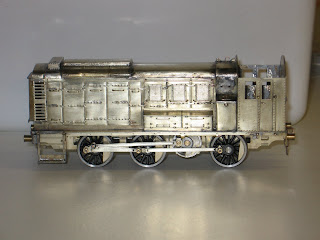 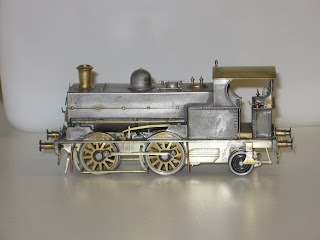 A LNWR box tank, which worked Greenbank sidings north of Preston before the Kitson's displaced them, the yard had very tight radius turnouts, apparently these short wheelbase locos has to be escorted (coupled to another locmotive) through the station area to avoid them disappearing off the track circuits. 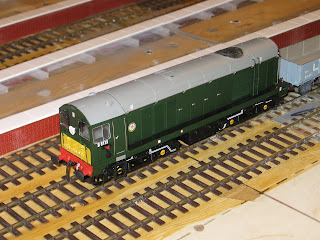 Now that Preston has been convered to DCC, we also had a visit from a nice, sound fitted, class 20 (used by Graham Seed at the Scalefour North demo stand the previous weekend) 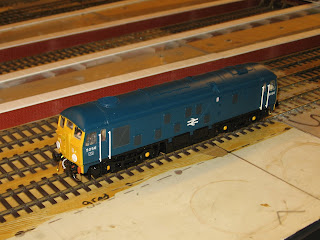 Also nicely sound fitted was an early Type 2 (class 25) sat in the carriage siding on tickover.

Our next meeting (run and natter) is back to the usual third Thursday, 21st May. Please contact Mike Norris (details on blue sheet), should you require more information.
Posted by Mike Norris at 7:47 pm