The 18th of September was our usual run and natter meeting, with 10 members in attendance.

We were treated to 14768 Clan McKenzie, HR Clan Class loco being built by John James as a commission, which I later saw fully lined out and painted at Scaleforum the following week. 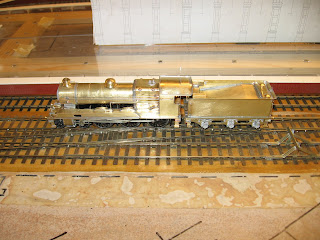 We also saw some test etches form Ian MacCormac, in both 4 mm and 7 mm scales of an LBSCR 1865 Craven 1st, very fine. 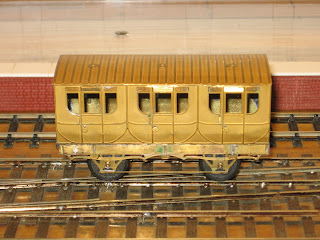 Next we had an interesting (if somewhat unlikely) comparision between an early coach and a Clan class of 1919, the coach being bearly the size of the clans tender, this shows just much the railway had developed in 50 years. 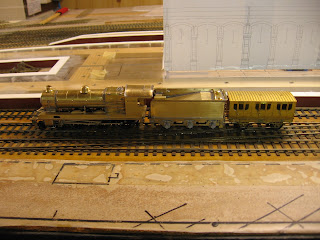 The next meeting is Thursday 23rd October, please contact Mike Norris (details on blue sheet), should you require more information and the meeting is a talk by Arthur Kimber 'Railways and Memories of North West Durham'.